Why We Are Called Schani

"Schani" is not just a traditional nickname for someone called Johann, taken from the French Jean, but also an old Viennese word which can most easily be translated to »waiter« or »service personnel«. However, the term expresses a lot more than that: warmth, Viennese charm, and hospitality – everything the Schani Hotels stand for.

These Benefits Are No Trifle

What makes our hotel unique

You know best where and how you feel comfortable. This is why you can choose the room you want to stay in our cosy hotel at Vienna’s Main Station. If you book online via our website, you can select whether you would like a room on the first or third floor and, as a special treat, whether you want a view of the garden or the street.

Check in via the app

To make it as easy as possible for you, we have created the Schani App for Android and iOS, downloadable in the Play Store and App Store. Should your hotel room be ready before 3 p.m. – the usual check-in time – you will receive a message and can move in immediately. Furthermore, you can complete the entire check-in process via the app, without having to go to the reception! Your room is already waiting for you.

Your smartphone will open the door

Farewell, tedious room key search: at Hotel Schani Wien, you can simply download a mobile key directly to your smartphone via our Schani App! This will turn your smartphone into a door opener – and you always carry your phone with you, don’t you? However, should you prefer a good old-fashioned key card, we will gladly give you one.

More space in the Smart Maisonette

Are you travelling with friends or family? The Smart Maisonette provides plenty of space for all – even for you yourself if you like it roomy. This room category is well-suited to three persons, without getting in each other’s way, thanks to a couch that can be converted into a bed for the night. We can also offer you a family room for four: each floor of our design hotel features two double rooms at the end of the hallway that are connected via a door.

Every room is equipped with Ultra-High-Speed Wi-Fi, USB chargers and small workplace. Additionally, you will find peace and quiet to work in the coworking space at our design hotel, as well as areas for inspiring conversations. We also have the perfect equipment for meetings, seminars, and events in Vienna. However, if you prefer to relax after an eventful day, our quiet location and the wild, romantic garden at our hotel are ideal for winding down.

Many little details turn our double rooms into genuine feel-good spaces. You don’t like air conditioning? No problem, we can offer you alternative comfort ventilation, which fills your room with fresh air. A spacious shower with space to move around in freely and stretch in all directions is also something rather nice, and this is why all our rooms have XL showers fitted with Raindance shower heads. All barrier-free (i.e. accessible at ground level).

A flat screen, just in case

Sometimes you just might want to switch off after an exhausting city exploration tour and chill in front of the TV. This is why all our rooms are equipped with 40-inch flatscreens. On top of that, our television sets support screen mirroring and you can look at your latest photos, full-size on the screen. By the way, you will find ultra-fast Wi-Fi, and a tablet for internet surfing in the Smart Maisonette, as well as USB charging ports in our Smart Garden and Smart Street rooms.

Sustainability is close to our hearts

This is not just a statement: we actually use up 41% less energy than other hotels of a similar size! How do we do this? Well, we have introduced several large-scale and smaller measures – such as a novel induction technology for cooling and warming our rooms. We have deliberately banned energy-guzzling minibars from our rooms – you can get chilled drinks at our bar around the clock! We save a huge amount of paper – and you save a lot of time – thanks to our digital guest journey with mobile check-in, mobile key, and invoicing per email. This is why our hotel at the Vienna Main Station was awarded the European GreenBuilding Award, as well as Austria’s and the EU’s ecolabels.

Modern travellers like you need things to be simple and practical, right? That’s why we have developed an app that saves lots of time. You can open your room, and find out about the city, public transport and the weather and lots more in the blink of an eye using our Schani App. This lets you concentrate on what’s important – enjoying your stay in Vienna.

We protect nature because we love it 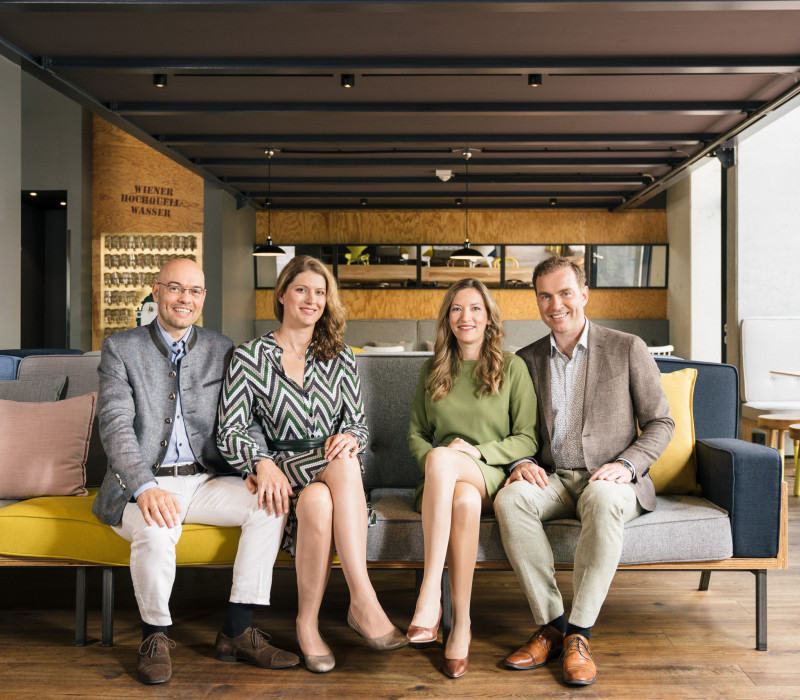 The role of host lies deep in the Vienna blood of the Komarek family: its third generation currently runs the environmentally friendly Umwelthotel Gallitzinberg on the idyllic Wilhelminenberg in Vienna’s 16th District, a hotel which originally opened in 1929. Once a well-loved watering hole for day trippers, today it is considered as being a pioneering sustainability project because it was one of the first hotels with recognised environmental status from the City of Vienna. Families feel well here and that is why it was awarded the title of most child-friendly business in Ottakring by Wirtschaftsbund Wien in 2014.

This successful hotelier tradition, full of ideas and the spirit of innovation, spurred the family’s youngest son, Benedikt Komarek, to set up his own future-oriented concept and Hotel Schani Wien. 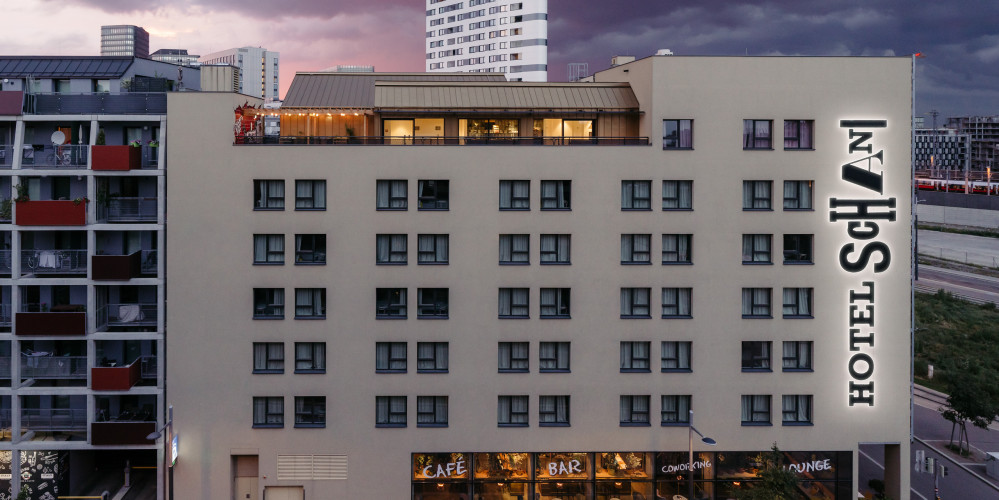 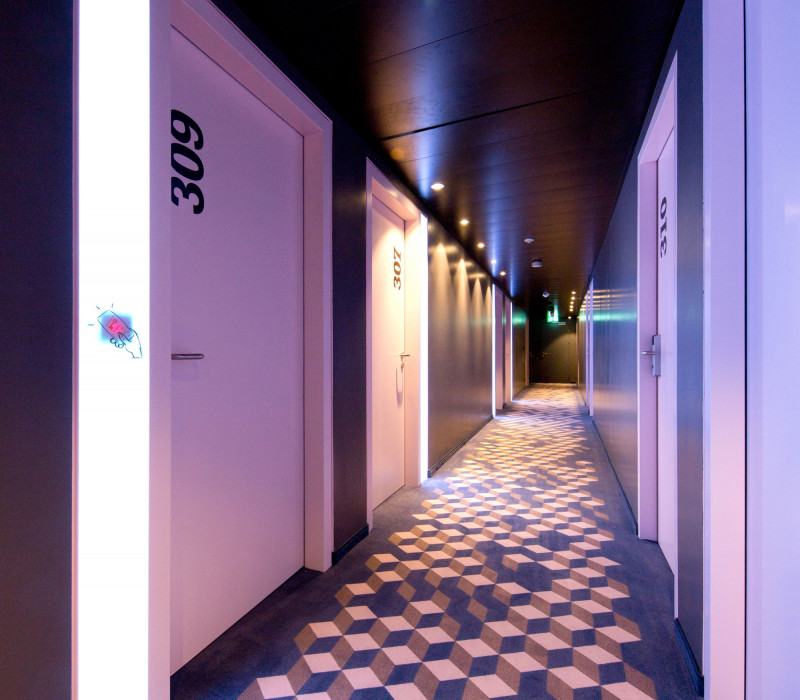 Hotel Schani Wien is the first hotel to be conceived and constructed in partnership with Germany’s Fraunhofer IAO institute – and you notice it. We were able to use the results of the FutureHotel guest study even before we began building so that we could include many of the wishes expressed in the research into our hotel concept. One example of a clear request made by survey respondents was the optimisation of booking processes. We have also been able to develop and provide individual room selection, mobile check-in and check-out and smartphone room keys for our guests. Additionally, we have created and introduced other new concepts that were not in the original study on a collaborative basis with the institute and will continue to do this – so we can react quickly to future trends.